What could be more simple than dropping water on to a cotton ball to make it “rain”.

How long would it take.

Defently  more than 300 drops. Clouds can hold a lot of water.  And when that limit has been reached, it rains.

Ever tried to put a cloud in a bottle? I have. First you have to have a bottle, of course. An a match, make sure you have a lid for the bottle.

Do they form under high or low pressure?

First you light the match an drop it in the bottle. Screw the lid!! Squeeze and unsqueeze the bottle. The clould should form when you let go. Cloulds form under LOW pressure.

The best thing about science is defidently the projects. Some of them have to do with  food, others you have to put a lot of thought into.

My favorite project was the game board.

The answer is “The Titan’s Curse”  Rick Riordan. Which to me is the best book ever.

Each and every character is unique and have very different personalities. My favorite character would have to be Bianca deAngelo. She’s strong, kind, helpful, and doesn’t have a high opinion of her self. When the group (Percy, Bianca, Zoe, and Grover) went into the trash yard thingy, Bianca took a keepsake for her brother, Nico (another personal fave.) because she joined the huntresses of Artemis.

Because  in this paticular book , it has the most action, the most suspense, the most questions to ask, and best of all,the awesomest characters. Also because The Titan’s Curse is the only one in the series that doesn’t take place during the summer. I also like it the most because my brother likes it the least. Annabeth gets taken away by one of the monsters in Luke’s army.

What will Percy do?

Percy? Take a wild guess……. He goes after Annabeth because he is a loyal friend (fatal flaw). Percy went along not only for Annabeth, but to make sure Bianca was safe (Nico asked him). Now everybody knows that went well…. I would tell you the ending….. but you’ll have to get the actual details from the book (because i can’t fit a 300 something page book in 1 post).

I have a pretty unique family. Living with 2 parents 2 grandparents and 4 brothers/ sisters,yeah pretty crazy.

The only thing i absolutely know about my family is that we like funny stuff. And we have two spazy dog. One is always running into walls.

Do you like art? Check this picture out! I made it my self. Pretty good for a computer drawing, right? Look at my words, colorful. Which is WAY better than boring black and white right? One of my favorite things to do is draw. What about you?

The layers of the earth go, solid, liquid, solid. How do we know?

We know because of Seismic Waves. There are P waves, or primary, and S waves, or secondary. Thease waves get sent out in to the earth from earthquakes. How do we know if it’s liquid or solid? We know because S waves only pass through solid substances. And P waves pass through both solid AND liquid, but it moves faster through solids than liquds. So…. if P waves and S waves move through our planet then part of the S waves dissappear, what dose that tell you? Also if the P waves solw down a little, then pass through a tad bit faster, what dose that tell you? It tells you that our planet’s interior goes Solid,Liquid,Solid!

Where are the colder parts and warmer parts of the mantel?

this is the link to my NEW quiz. Hope you try it out. 🙂 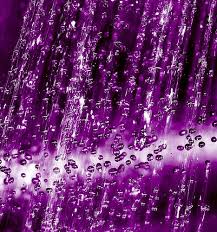 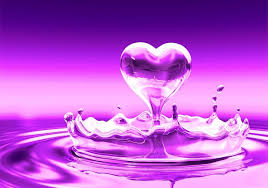 My favorite color is purple. I picked these pictures because they looked cool. Don’t they? My favorite one is the lightning, because lightning can actually be purple.

Running up hill isn’t as easy as going down. Especially if you being chased. I’m at the top of the hill searching for a way to get down. Then I spot it. A slight gap in the fencing. Big enough for me to get through, but not for Huck.

I squeeze through the fencing. And i am confronted by a mass of yellow-brown leaves. Tall trees surrounded me on all sides? What have I done?

What happens next? You write it!

My favorite tool is  the links. I think it’s cool because you could make a game or a quiz that’s SUPER cool, but how do you get it to show? You create a hyper link! You highlight it, then you RIGHT click it, click “copy”,right click again on your post/page, then click paste. Then, BOOM you gotta link! That’s my favorite tool, whats your’s?

Welcome to your brand new blog!

This is a sidebar and can be changed in Widgets in your dashboard.

You can also modify number of sidebars in theme options!

Welcome to your brand new blog!

This is a sidebar and can be changed by going to Appearance > Widgets in your dashboard.